South Ken favourite Boujis will be throwing a rave to rival Rome at the iconic Battersea power station on Friday 18th November from10pm to 3am. One thousand lucky people will be able to party in the Grade II* Listed structure made famous by the likes of The Beatles and Pink Floyd until the early morning with all drinks and entertainment included in the ticket price. Drinks sponsors include premium brands Asahi, Grey Goose, Johnnie Walker and Moët and Chandon Champagnes – Boujis’s legendary line-up has not yet been released but judging from their other events we’re sure it will be unforgettable. Pre-sale tickets will run you £150 per person and tables are either £2000, £3000 or £5000 with a maximum of ten guests per table. Doors close at 11.30pm so you've got to get there quick! Tickets are sure to sell out soon so please contact us for bookings. 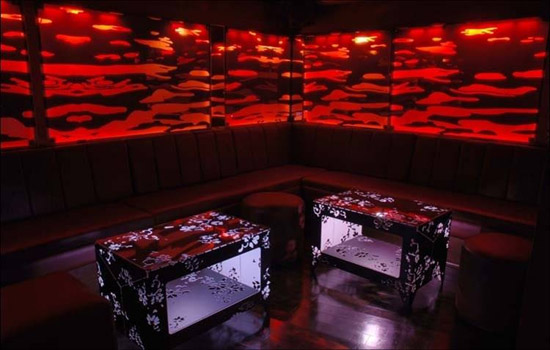 If London’s night scene was a great work of art (which it is) Boujis would be the masterstroke. Renowned the world over for attracting enough royals to form a rogue monarchy, Boujis has become an established favourite in South Ken that contends with the heavy-hitters in Miami, the French Riviera and Ibiza (incidentally, they have a tendency to pop-up there in August). Tuesdays at Boujis are one of the hottest-midweek parties around and attracts celebs like celebs attract cameras. They also have a habit of bringing in some of the most sought-after DJs on the scene – and it’s not uncommon for names like Pete Tong, Basement Jaxx, Will.I.Am and Razorlight stopping in to spin. Boujis’s boutique size guarantees you’ll be rubbing some glitzy shoulders as you throw shapes. Make sure you investigate one of London’s superlative night-time destinations.