Ink Club has been open at the time of writing for over 3 months and the feedback from launch has been largely positive. Now Ink Club Leicester Square runs very successful weekend events and are now opening their doors on Thursdays as well bringing in a top quality crowd whilst relaxing the typically pretentious Mayfair door policy.

Velvet PR are proud to now be collaborating with Ink Club Leicester Square over the weekends and on Thursdays as well. 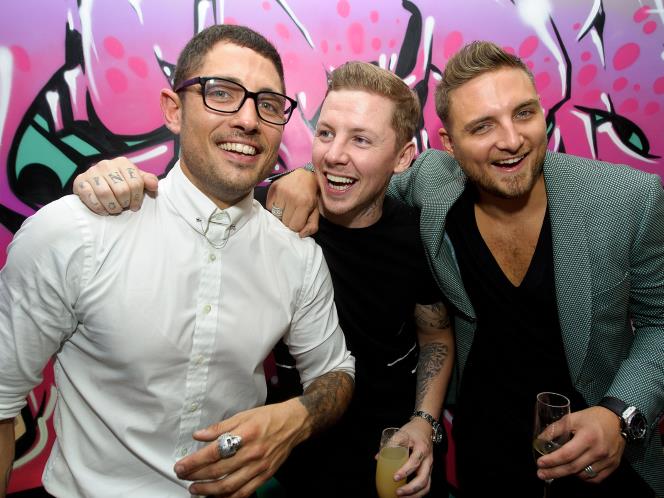 Whenever new clubs open there is always a surge of popularity and many of the promoters in London like to jump on the proverbial bandwagon. With so many clubs struggling to offer a USP (unique selling point) inevitably this allows new clubs to come in with more and more original concepts.

The success of Cirque Du Soir is testament that clubbers in London are expecting more for their £20 entry fee these days that simply over priced drinks and a DJ that nobody has heard of.

Ink Club immediately has an advantage as it has a high profile owner which comes in the form of UK's Eminem Professor Green who is dating the very posh Millie Mackintosh. The couple could not be better suited to be the faces of the club as where Professor Green brings a bit of the grungy east end Millie Mackintosh would be considered the high spenders of the west end with cash to spend that would not normally dare to party in the east end!. Mix east end fashion and west end cash and put them under one roof in trendy surroundings and you have created INK.

Ink Club Leicester Square brings the best from the east and sells it to the best of the west-end!

Currently Ink Club Leicester Square is only open on 3 days a week - Thursday to Saturday and you can find the guestlist information below.

It is a very shrew move making Proffesor Green the very public face on the club but for those that know about clubs with also be more than familiar with nightclub  and bar empresario Gerry Calbrese who bring a wealth of experience to the table and knows how to run a club. I think this mixture of experience and commercial appeal is a very wise move and although we suspect that Professor Green has a very little shareholding in the actual venue bringing him on board is a touch of genius and a great way to grab the headlines!

Lets hope Ink Club does not become fashionable for a minute before the next thing comes along and it will battle with remaining excluisive in the less than glamourous surrounding on Leister Square and i do wonder whether this will  affect the very big spenders who are less likely to venture out of the Mayfair and Kensington areas.
The music is set to please all offering a real mix of rock and roll and urban tracks and the venue will see sets from top DJ’s and performers from across the UK music scene.

With the masters of music, clubs and cocktails working in collaboration, the successful East London entrepreneurs have created something truly unique in the heart of London’s West End.

What can i wear? smart / casual

What music do they play? Rock , alternative house