This 2013 we added more clubs to our guest lists! Among this new clubs is The Rose Club, a very exclusive venue that attracts a sophisticated crowd. It’s a hotspot where celebrities and Hollywood actors are often seen.

During the month of January we have been visited by the one and only Jamie Foxx. The Ray star  was in the city for the premier of Quentin Tarantino’s new movie “Djando Unchained” featuring Jamie Foxx and co-star Kerry Washington.

After the premier Jamie Foxx made an improvised appearance at The Rose Club where he took over the DJ booth to entertain the crowd. He partied until early hours of the morning.

Here some pictures of Jamie Foxx at Rose London: 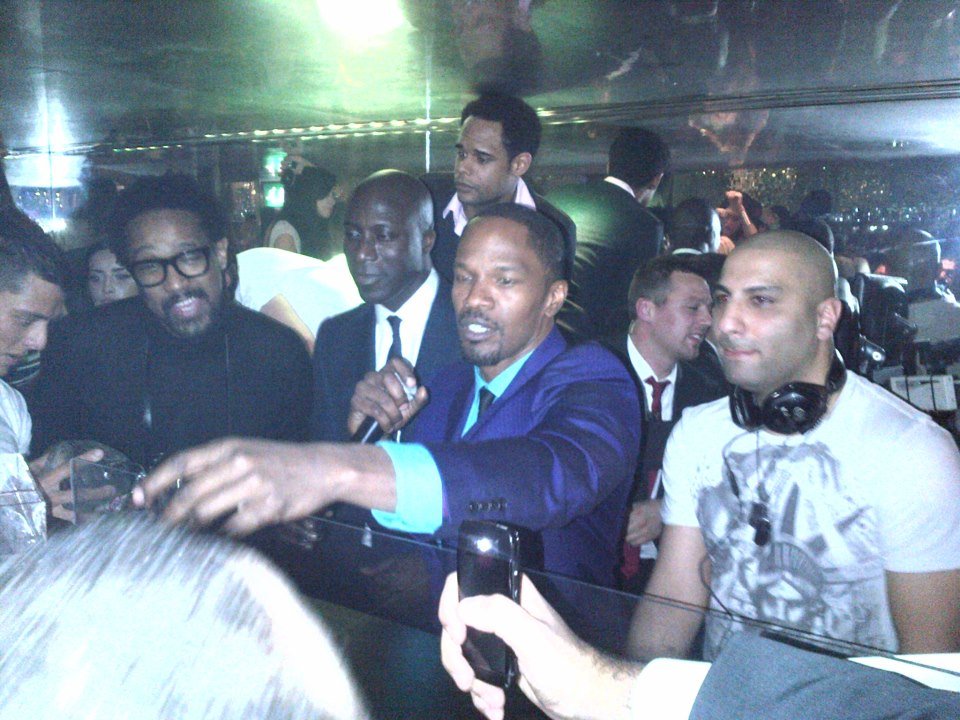