Rose club London is planning an exclusive really launch at the end of October 2014.

Raise club London is sure to bring a fresh prospective to the London club scene under brand-new guidance now that the brand has separated itself from the Nick house umbrella it will be very interesting to see how Rose club London pans out once it opens..

Previously Rose club found itself on the front page of many show Ben's magazine and high end newspaper with various celebrities from across the globe all enjoying what Rose club had to offer and this promises not to change as there is much hype surrounding the exclusive launch of Rose club.

Velvet-pr have yet to see how much of a cosmetic change that this venue has been under after taking over from the clearly themed Chakana Venue and whether it will be a case of going back to basics or not at Rose club however what we can predict is that the venue will ooze sophistication and provide an atmosphere where only the finest London clientele will have access to.

What we can say is that we will be able to provide guest list or table bookings for Rose club London and you can do this as normal by filling out the contact form below.

Rose Club can regularly be found in the middle of the showbiz columns in the papers with it now becoming the favourite haunt for many of the UK's biggest music and TV stars. Cheryl Cole can be found in the VIP on a monthly basis as well as some of the biggest footballers on the planet come down to spent their cash on one of the many luxury bottles of champagne available to buy. Rose Club can certainly be considered to be "boutique" and far from being one of the largest clubs in London what is does offer is an intimate experience where quality is much more important than quantity of the guests.

Naturally the crowd at The Rose club steers toward the A-list with some big names heading down over the past few weeks.

We suggest booking a table if you go to The Rose club and these can be bought for a 2 bottle minimum spend however if you do not decide to book a table the staff are still very attentive to your needs. As seen with the likes of The box and Cirque Du Soir Rose club has gone to much effort to ensure that this isn’t simply just a nightclub and there is alternative entertainment to keep you occupied throughout the night. 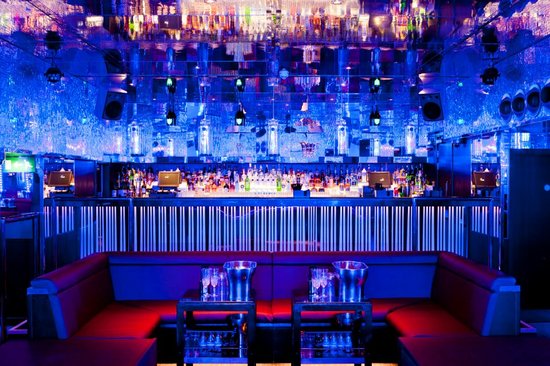