Press Club London is the latest venue to be born into London's exclusive nightclub scene situated right in the heart of Picadilly with exclusive neighbours such as DSTRKT and Cafe de Paris the location could not be better slap bang in the middle of the capitals party central hub.

The venue itself is a brilliantly designed versatile space that encompassed an overall capacity of 1000 guests split into 5 main club areas each with there own unique style catering for various levels of VIP. Whether you like to be in the middle of the action and show off with sparklers and bottles or if you prefer a more discreet experience then Press Club London can cater for you.

Press Club is stunningly designed and you instantly feel like a VIP walking down the red carpet into the venue as you make your entrance. The sound system is one of the best in London as no expense has been spared ensuring that all the senses have been fully taken care off.

Guestlist and tables can be booked using the contact form below and tables start from a £500 minimum spend and go upwards from there.

Right in the heart of Piccadilly and just a short hop from Piccadilly Circus lies one of the newest night clubs on the block; the Press Night Club. Get on Press Club guest list and experience a one in a lifetime night. Despite being new on the London night life scene, this fantastic venue has already garnered a TON of attention in top publications due to its ability to attract some of the richest and most famous people in the world.

Being located in the center of London, the Press Club is able to attract an incredibly diverse crowd and that is something which certainly adds to the intrigue of the joint. It also means that it gets INCREDIBLY crowded quite quickly, and that is why it is always suggest that you get on the guest list for the Press Night Club in London a few days before. This way you can slide in before all of the crowds and really start to get dancing and drinking.

Every Thursday, Friday, and Saturday you can head to this top night club and listen to some of the best DJs in the business. Much of the music played in the Press Night Club is top house music, with a couple of extra dance tracks and some recent music thrown in for good measure. Nobody that attends the Press Night Club, no matter what their music taste is, will come away disappointed. It really is that fantastic. The drinks are well-priced too which makes for an even better night.

Press Club guest list and table reservation are highly demanded, but London Night Guide makes it happen for you. It is the first step towards one of the greatest night outs of your life. Once you sample the fantastic atmosphere inside the club it is likely that the Press Night Club will very quickly become your ‘club of choice’ when you are partying in the center of London.

Multi-million pounds were spent to make Press Club what it is now. The whole making process took 4 years.

Press Club London can be described as stunningly elegant in design with high end finishes and unique features. The club possesses a large and versatile space. Press Club is composed of two different VIP rooms, a main dance floor and a private area for special events. Once you walk inside the visual impact is amazing. You walk down a luxurious staircase covered in white Thasos stone, a striking red carpet to end up to the awe-inspiring circular bar in the centre of the venue. The Funktion One sounds system installed is second to none. It is a first ever to be installed in a venue. At Press Club, light setup is typical of a theater and creates a unique vibe with an unparalleled sound experience unlike anything you have ever witnessed.

Capacity, location, floor plan, interior and a proper kitchen working soon make Press Club London the most versatile club in the Capital. Press Night Club London is aptly named as it has already made several high profile publications. Press Club London has already become a hangout for the rich and famous. To mingle with the stars and be a part of a nightclub experience like no other then join our guestlist. Tables are highly advised and start from a £500 minimum spend.

Be prepared for a night, a venue, an experience we assure you’ve never had before.

What are Press Club Opening and Closing Times: 10pm- 3am

Tables: Available to book / start from a £500 spend

Press Club policy: Guestlist only, get on the guestlist above

Velvet PR are pleased to be able to offer guests access to the new and exclusive Press Nightclub which has recently launched to critical acclaim in the summer of 2014.

Press nightclub is strictly guestlist only and Velvet Pr are pleased to be able to offer a guestlist and table booking service for Press Club London.

If you wish to get on the guestlist for Press then all you have to do is fill out the guestlist booking form below and one of the team will get back to you with details.

We strongly advise arriving early for Press as it can get very busy at the door so we suggest arriving at the club before 1030pm. Tables can be booked and these start from a £500 minimum spend. VIP tables carry a minimum spend of around £1000

Book your guestlist for Press Nightclub

Mason House is now considered to be one of the top destination nightclubs in London and the favourite celebrity haunt of A-list superstars such as Jay Z and beyonce.

With the power behind the club such as Mark Merran, Eamonn Mullholland it is no surprise why this venue continues to bring in the stars week in and week out. Since Movida went on a holiday to Dubai the venue has undergone a complete overhaul and the interior has been stripped back revealing the period features that have been lurking beneath what used to be covered with LED's and such like and you do feel like you are walking into an untapped secret location as you descend the stairs into Mason House. 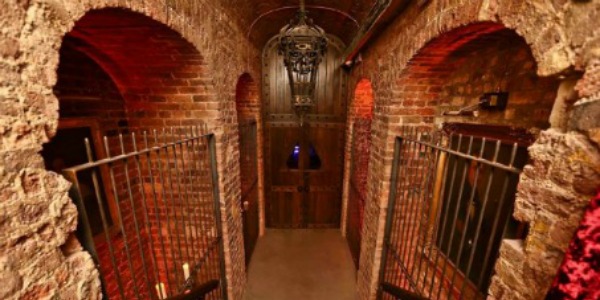 The venue has kept some of its modern features as music is supplied by the worlds best nightclub speaker manufacturer FunktionONE.

Mason House has many nooks and crannies to explore and when you start delving into the venue you will uncover many areas that are available to book for a table or guestlist including the secret Room 33 which is only accesable via a secret door and access is via invitation Only...

Mason house is guestlist only and you can book the guestlist for Mason House below:

Rose club will be relaunching late october 2014. We are please to be able to provide information and guestlists / tables for this exclusive venue once it relaunches.

Rose Club in London has been away from the club scene for quite some time and with club opening and closing all over london in 2014 it will be interesting to see how the Rose Club brand develops away from the Nick House umbrella (mahiki, whisky mist etc)

Rose club has taken somewhat of a holiday shall we say and plans to reopen late October 2014 after coming back to it's original venue that was taken over quite quickly from the popular Chakana club.

Information that has been released so far regarding the Rose Club re-launch has been somewhat sketchy however we can only hope that it follows on from the successful formula it created in 2013.

With its uber high end crowd and A-list elite walking through its door previously we can only assume that the relaunch is going to go off with an almighty bang and be sure to be in for more than just 4 walls that play music! Whether it continues down the route of a "speakeasy" styule and bring in ballerina style entertainment remains to be seen but what we can be certain off is that it will offer a brand new twist on the club scene which has stagnated somewhat over the past 4 months...

London needed an injection of a new venue and Rose Club looks set to fill the gap!

More information on The Rose Club will be posted as and when we receive it and will be updated on this page accordingly. If you require any guest lists or table for Rose Club you can do this by filling out the contact form below.